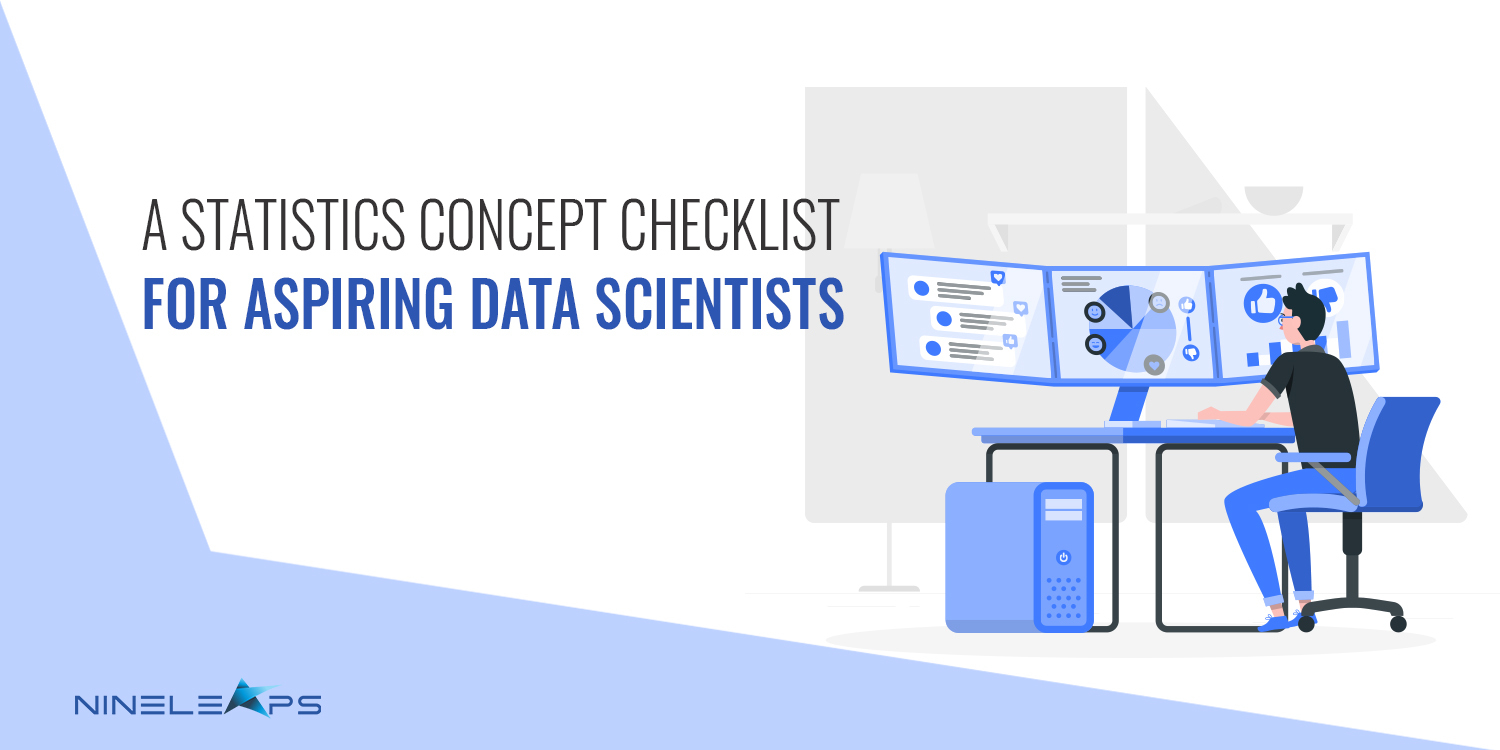 Data Science, a discipline that has been gaining traction has now become one of the most sought-after career roles across the IT sector. As this particular career path faces a boom, so does the demand for data scientists across the world. With a steady incline on supply and demand on both sides, companies actively filter through scientists, checking for their mastery of the subject and also the quality of work that they can provide.

While a career in data science by itself is not an easy feat to achieve (this being true even with the increasing demand), extra credits are given to those who have a sound knowledge of various statistical concepts.

For those not familiar, Statistics can be easily defined as the study of the collection, analysis, and interpretation of data. Statistics by itself opens several doors when it comes to learning how to work with data. The study of data science by itself offers a good understanding of statistics to help aspirants to collect and analyze different kinds of data and perform operations on them to analyze and later report their findings.

Data Scientists are taught to incorporate statistical formulas and derivations into certain machine learning algorithms to work upon and later generate certain patterns or trends from the data sets that they are using. The analysis that they provide generates immense value for the organizations that they work for/ clientele that they cater to. In a way, it is a given that statistics form the foundation upon which excellent data scientists are built upon.

While most data analysts or scientists might be able to understand statistical concepts in terms of usage, knowing them in-depth and establishing well-rounded pillars in the basics will allow scientists to solve problems and provide deeper insights better than their regular counterparts.

It is for this reason that we have made a checklist of sorts to help you understand and work out the various concepts that you might need to tackle!

Data exploration stands to be one of the important duties of a data scientist. This exploration is usually achieved using tools created out of statistical features that help in the organization and searching of the data. Apart from these primary operations, statistical features play an important role in ancillary operations such as organizing the data and finding the minimum and maximum values, finding the median value, and identifying the quartiles.

Descriptive Statistics is often used to showcase the data that you are working on in a concise and meaningful way. It provides you with descriptive summaries of the data and allows data visualizations easily. They are mostly employed when dealing with untamed and raw data that presents a challenge when it comes to reviewing or communicating. Descriptive statistics are used to show data as it is rather than show information that can be obtained from it.

Probability refers to chance or the likelihood of an event (any event) occurring. It mathematically measures the chances that something might occur and gives a quantifiable number between 0 and 1. Data Scientists need to understand probability theory and how it works to work out algorithms that might give them a chance of looking at what might be the probable things that might happen when working with a large amount of data. Probability theory by itself boasts a number of formulas that can help derive mathematical figures of outcomes which might help data scientists dig their way out of tough computations on data.

Bayes Theorem is defined as: “In the Bayesian paradigm, current knowledge about the model parameters is expressed by placing a probability distribution on the parameters, called the prior distribution.”

Prior distribution here indicates a scientist’s current knowledge on a subject. Bayesian statistics or thinking deals with the occurrence or arrival of new data and later updating beliefs on them.
This new information is looked upon as a likelihood and is combined with the previous one to produce an updated probability distribution called the posterior distribution.

Probability Distributions are mainly used by data scientists to measure and calculate the likelihood of certain values or events occurring. By definition, it is all the various possible distributions or outcomes of a random variable and their corresponding probability values between zero and one.

Data Scientists often find it cumbersome to deal with extremely heavy or factor-rich data sets. Such data sets limit scientists from obtaining precise and actionable insights and are often a hindrance than an aid. Dimensionality reduction serves as a beacon of hope and helps scientists reduce the dimensions of these data sets and the overall complexity of the analysis. It also aids in faster computation and helps scientists develop more precise and accurate models.

At times, a data scientist or other statistician might encounter a data set that happens to be irregular or not inherently balanced. To counteract this, the handlers of data use a simple technique to alter and balance the unequal data sets. This technique is also referred to as resampling. Resampling constitutes two forms, over and undersampling. Oversampling is used when there is a lack of data in the data sets and Undersampling is used to remove redundant data and change the focus onto the more prominent ones.