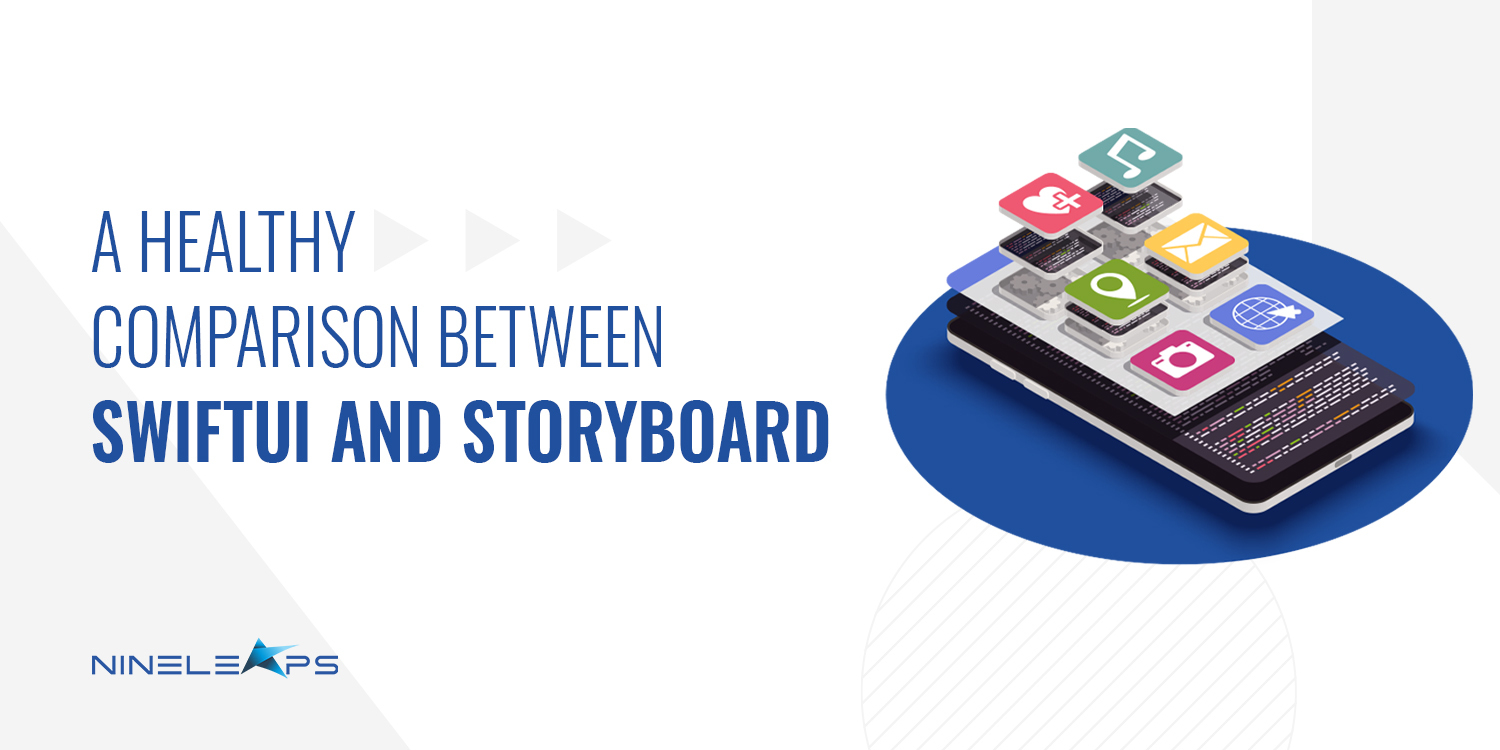 Storyboard is a part of an interface builder which has been the most common way to create UI for iOS applications after its initial release with iOS 5. Any new iOS project has a Main. storyboard file by default.

“The Interface Builder editor within Xcode makes it simple to design a full user interface without writing any code. Simply drag and drop windows, buttons, text fields, and other objects onto the design canvas to create a functioning user interface.”

A Storyboard in Xcode is a file that contains an empty canvas type screen. On it, we can drag and drop all types of objects available in the object library of Xcode.

We can create almost everything from controllers to text fields to images to table views to buttons, all this without writing even a single line of code. You can add controller screens like a table view controller, navigation controller, etc. through drag and dropping from the object library.

You can add segues and move through different screens. Even the smallest components like labels, images, text fields can be dragged and dropped from the object library.

Swift UI was released with the release of iOS 13.

“SwiftUI helps you build great-looking apps across all Apple platforms with the power of Swift — and as little code as possible. With SwiftUI, you can bring even better experiences to all users, on any Apple device, using just one set of tools and APIs.”

Swift UI is basically a toolkit released by apple to create UI’s in a declarative way.

After looking at the pros and cons of both Storyboard and SwiftUI, building an app UI using storyboard is comparatively easier for a beginner, and has been for a very long time. But there are some flaws with it and those flaws have been taken care of in Swift UI.

Swift UI also has its own set of flaws, but it can be seen that those flaws can be overlooked in terms of the advantages that it gives. Swift UI has a lot of potential for the future.

Smriti Arora is a young and passionate software development engineer and technical blogger with a knack for simplifying the technologies she works on for her readers. When she’s not writing or coding, she can found with loud music, setting the scene as she scours the internet in for tasty recipes and unique things to explore.