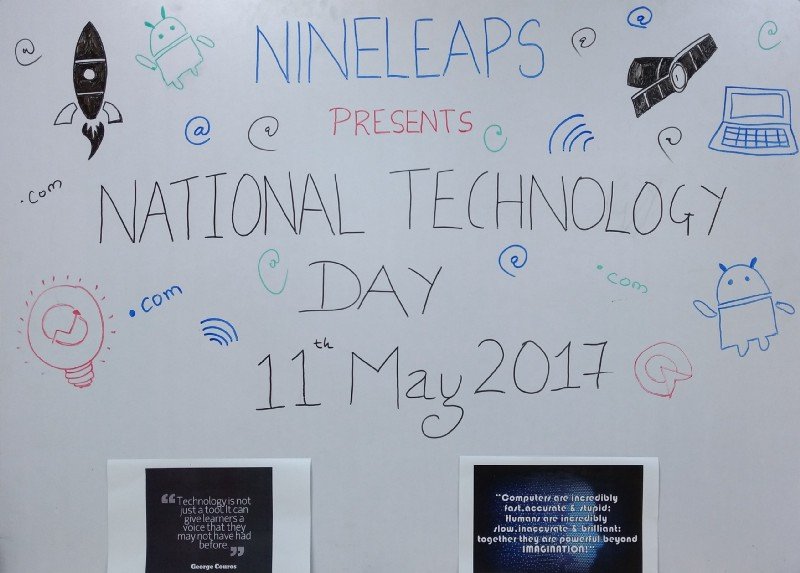 Today we conducted a presentation session aimed towards discussing various technologies, their salient features, benefits, drawbacks and application. What better time to explore this topic than the eve of National Technology day!
The 11th of May holds special significance in Indian history due to multiple noteworthy accomplishments made on this day through the years. Few examples include the Pokhran -II Nuclear Test and the test flight of Hansa-3 in Bangalore. All these achievements translated into celebrating 11th of May as the National Technology Day in India.

At Nineleaps we have four squads (Ninestars, Slytherin, The Order of Phoenix, The Walking Dev) and each of us is a member of a squad. For the day’s event, each squad had to come up with a presentation on technology, aimed towards knowledge sharing and imparting insights into the tools and languages in use.
Everyone tried tooth and nail to bring in the best and it was visible from the way they presented and interacted with the audience.
Here is a gist of what our National Technology Day was all about.

This team talked about the cyber security issue along with ways to tackle and improve it.
Any transaction between two parties, be it the real world or the virtual, involves the question of authentication and authorization. Whether a party is authorized to utilize the resources by law and regulation and if they are authentic to get access. This can be done using multiple technologies.

Slytherin suggested comparative analysis of different technologies to use authentication in mobile and web development like Multi-factor authentication, OAuth, Single Sign-On, Biometric authentication, etc. which can be used as per requirement.

The Order Of Phoenix

Mobile application deployment is a time taking process. There are a lot of configuration and steps involved in building and deploying an application into App Store and Play Store or to testers. Usually, a developer can do it manually through their system. But what if we have an automated tool which takes care of it and deploys it in a far lesser time.

They proposed a tool called ‘Fastlane’ which is efficient, faster and automated for the application deployment process. The features provided by Fastlane can be configured in a lane which can generate screenshots, create signing certificates, build and release it to App Store or Play Store or distribute among testers. 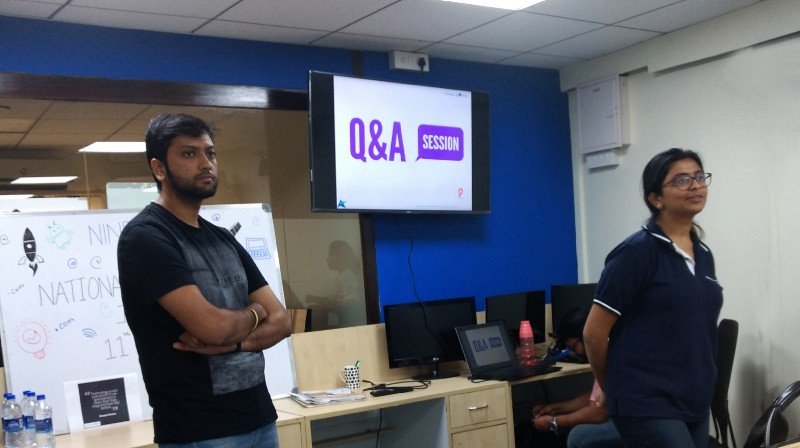 They worked on a set of interactive question-answer session with their audience, which went as thus:
Have you ever longed for that other version of libx installed just for your app inside VirtualEnv without doing all that messy symlinking? With docker, you can! Need to run your app on Ubuntu, but you run RedHat in production? Dockerize it. Need to install different versions of python for all your apps, but you cannot mess with the production environment? Docker to the rescue. Have you written one of those awesome tools for making sure every external application has its environment variables and libs managed as well as keeping everything up to date for your own internal applications? Well good on you, but Docker is probably a lot less work.
By now, you must have gauged that their topic for the day was Docker.

The Walking Dev presented how to write fast and thread-safe Python. They started the presentation by stating why Python is slow, as it is a single-threaded programming language.
Then they talked about Global Interpreter Lock, what it does and how can one leverage it to achieve multithreading. They also covered how one can achieve processes/tasks faster with Cooperative Multitasking, Preemptive Multitasking, Concurrency and Parallelism with examples. Then they discussed the applications of these and concluded the presentation. 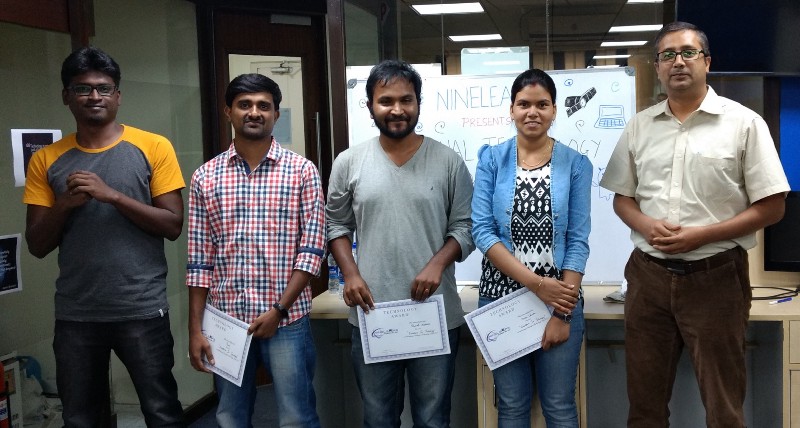 Everyone gave a stellar performance, but since it was a competition, one has to be the winner and at the end of the day, team The Order of Phoenix walked out with the Excellence in Technology Award.