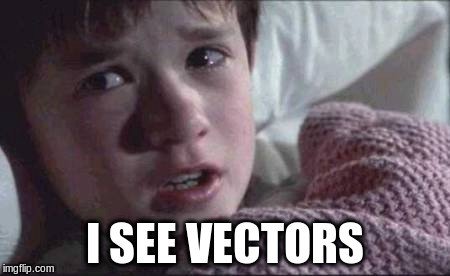 Another example of a vector is an area. How? Now, if you just consider it area is just the measure of a two dimensional surface. In many cases we do not consider the direction of the surface. But sometimes we do. For example, you want to buy a plot of land to build a house. In most cases, the plot of land would be a flat land and the direction is upwards (direction of an area is perpendicular to the surface), but what if it’s on a mountain and the direction is not upwards but slanting. You will then probably make the part of the land flat before moving on to building a house.

Consider a Cartesian coordinate system in a 3D space. The thing to remember about coordinates is they come with coordinate basis vectors. 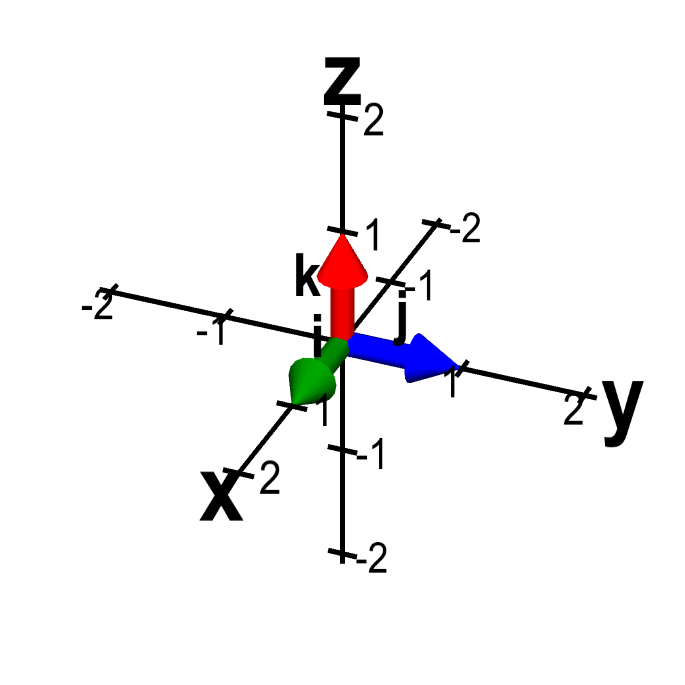 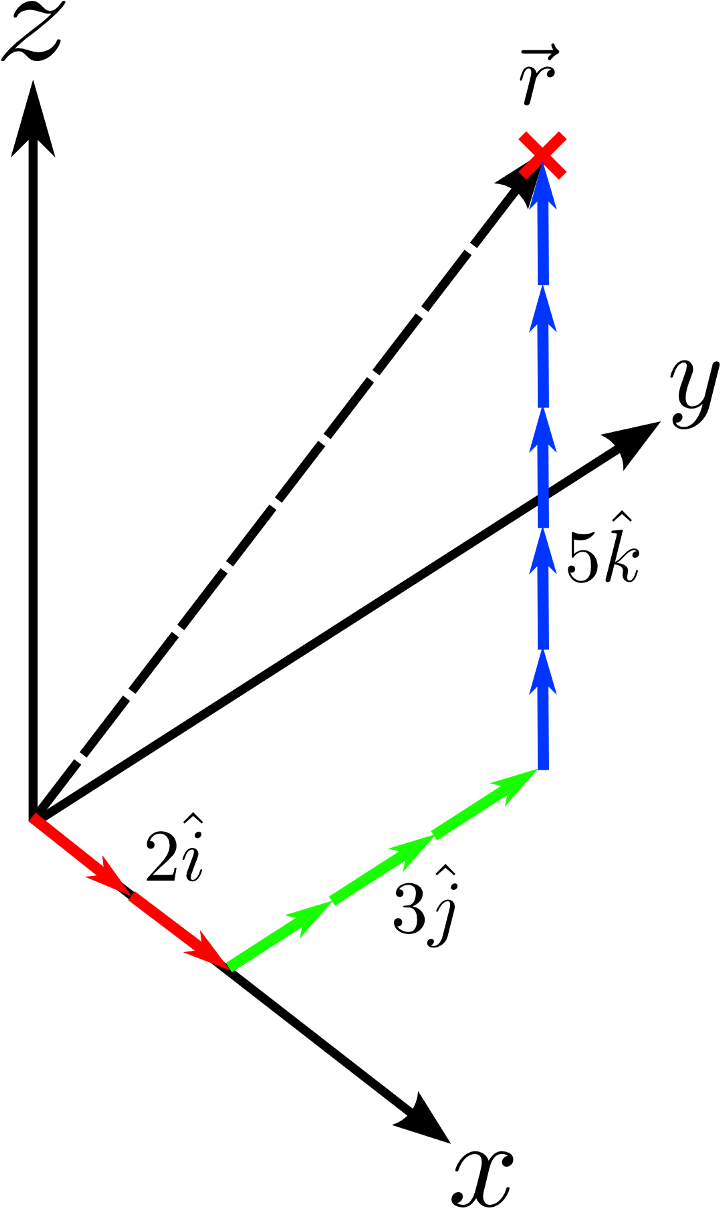 In other words, taking the above example shown in the diagram, 2î unit vectors, 3ĵ unit vectors and 5k̂ unit vectors is a valid representation of the vector shown. And if you know the basis vectors then of course you don’t even need to write them up. You can simply take the values 2, 3 and 5 and write them in an array, or stack them up (sets are not a good data structure as we want to preserve the sequence) and put a nice set of parenthesis around them.

So, we can see the left hand side of the above equation, which we know to be a vector in the traditional sense, has resolved to be a 3 x 1 dimensional matrix in case the space we consider is three dimensional. Similarly, a vector in n dimensions can be written as a n x 1 dimensional matrix. That is why if the second number of the dimension of a matrix is 1 we call it a vector. If you understand this you will go a long way in understanding the matrix and high dimensional space manipulations commonly done in machine learning and AI.