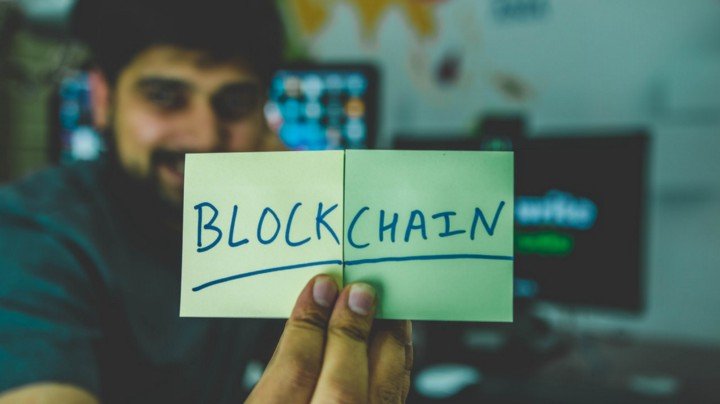 What comes to your mind when you hear the word blockchain? — Bitcoin? Wrong, it’s a misconception that blockchain is bitcoin. Bitcoin is cryptocurrency that is built on the blockchain technology.

Blockchain is one of the most talked about subject right now. While the integration of this technology is in its nascent stage, industry leaders believe that blockchain is set to transform the economic and social system in years to come. The global blockchain technology market which is at over $500 million now, is predicted to grow to $2.3 billion by 2021. Let’s break it down and understand what is blockchain technology, how it works and its application across sectors.

“The blockchain is an incorruptible digital ledger of economic transactions that can be programmed to record not just financial transactions but virtually everything of value.”

Don & Alex Tapscott, authors Blockchain Revolution (2016). To put it simply, blockchain is a distributed ledger which anyone, anywhere can access over the internet. As the name indicates, blockchain is a sequential chain of records called blocks.

Let’s understand what a block is. It is just a record of any data. Each block contains mainly three elements — data, hash of the block and hash of the previous block.

1. The data that is stored on a block depends on the type of blockchain. For instance, it can be medical records or transaction details of an individual.

2. Hash is a unique key or a digital signature which identifies the block and all of its contents. Once a block is created, its hash is calculated. Any change in the block causes the hash to change.

3. Storing the hash of the previous block in the current block, creates a chain of blocks. The first block in the chain is called the Genesis block.

How blockchain works
Blockchain is a Peer-to-Peer(P-P) network where each system maintains a copy of the blockchain. To validate blocks in a blockchain, the state of the blockchain has to be checked. This is why blockchain should be publicly accessible. The current state of blockchain is downloaded and kept in sync by large number of systems worldwide. These systems are called nodes. When someone creates a new block, that block is sent to everyone on the network, the nodes validate the block and adds it to their blockchain. 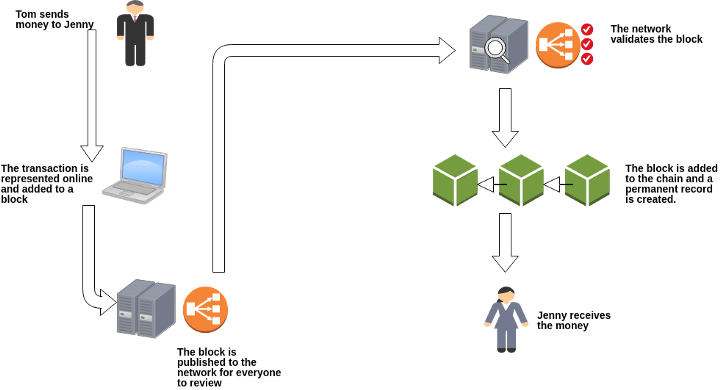 But, this begs the question, how do you identify whether the data on blocks are accurate, or which blockchain is valid?

Applications of blockchain
Blockchain is set to disrupt multiple sectors ranging from banking to healthcare. Let’s look at some of the key industries where blockchain can find its application and make a significant impact:

Banking and financial industry
The current financial system as it stands today requires intermediaries such as banks, to help us make transactions. Banks maintain and regularly update ledgers whenever transactions are made. Blockchain technology does the same thing minus the intermediaries. It allows all the members of the blockchain network to update the ledger in a decentralized manner. In fact, banking sector has already started using this technology, some of the applications include:

Ripple, is a blockchain application that offers cross-border transactions for transferring funds between banks. Ripple has partnered with many major banks around the world including SBI Holdings Ltd, Santander, and MoneyGram. It has not only enabled cross-border payments, but also significantly reduced the cost of transactions, encouraging many banks to consider implementing Ripple into their system.

Healthcare industry
One of the major challenges facing the healthcare industry is to securely store and share large amount of medical records and data. Implementing blockchain technology would enable storing data safely while allowing faster and easy access anytime anywhere. The technology has tremendous potential to improve quality of research and drug development. Some healthcare blockchain projects include MedicalChain and MedRec.

Transportation industry
Blockchain can help streamline vehicle registration process. Right from the date of vehicle manufacture to the day it was crushed in a junk yard, every piece of information, ranging from ownership to modifications, can be stored on blockchain. CarVertical is one of those blockchain applications that offers decentralized solution for storage and verification of authenticity of car information.

Content distribution
In a current content distribution model, content creators have to rely on a third-party service to host content and get paid. For instance, many users earn a living by creating content for YouTube and rely on them to get paid, in the bargain some content creators may not get rightful share of the profit. But, with blockchain, content creators can get paid directly by the viewers through cryptocurrencies, without relying on any third-party service. Steemit, Tron and Flixxo are few such blockchain applications.

These are but a few applications of blockchain. The technology promises to eliminate the need for intermediaries and empower users to manage transactions and information directly. As the technology continues to develop, refine and find newer applications, we will see greater integration across sectors. And to understand its growing popularity and various applications, coming up next is ‘Types of Blockchain’. Stay tuned!