A week back, I came across an interesting story on Reddit. A person had invested his one pay cheque in cryptocurrency, and now he is a millionaire. Tales like this seem like fiction, but these are as true as it can get. 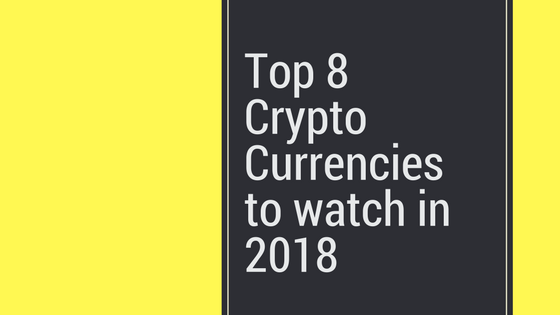 So, what exactly are cryptocurrencies? Why are they gaining popularity? Are you skeptical of these unrealistic gains, pretty sure that its a bubble? Or thinking that you are too late to catch the wave?

There are certain factors that one should look at while evaluating cryptocurrencies- examine their objectives, understand the market, look at the specific crypto’s use cases, the progress of the founding developer team and the strengths of its underlying principles and mechanism.

In this article, I will be covering cryptocurrencies that have a potential to grow in 2018. I am not covering the classic high cap cryptos like Bitcoin, Ethereum or Litecoin but I will be focusing on newer, smaller cap currencies or altcoins.

What is it for?
IOTA aims to provide an easy, fast and safe way of exchange to IoT participants and to enable them to buy and trade datasets with ease. Currently, most of the data is not getting collected and whatever data is available is not being used efficiently. The more devices and companies get connected to the IoT; more data will become available on demand.

What’s so special about it?
1.Unique Tangle based Technology:
Unlike other cryptocurrencies, Iota is not based on blockchain technology. It uses a revolutionary new transactional settlement and data transfer technology, the ledger of which is called as ‘Tangle’ and transactions based on ‘DAG’ (directed acyclic graph).
According to Dr. Popov, “The tangle naturally succeeds the blockchain as its next evolutionary step, and offers features that are required to establish a machine-to-machine micropayment system.”
The benefits of having Tangle are

1.It has no miners. Since it requires no mining to validate transactions, it does not need any transaction fees like bitcoin, where miners are given incentives for mining.

2.Theoretically, it has no limit on no of transactions to be confirmed per second.

2. Partnerships with key companies:
The IOTA foundation has currently partnered/ with big names in the industry, some of which are :

Collaboration with Volkswagen and Innogy to develop an IOTA based technology CarPass, to secure audit trails, digital identities, and charging networks for car

Opened up a data marketplace in partnership with Fujitsu, Accenture, Bosch. Through this platform, any connected sensor or device can get the data from an open marketplace, for a small fee to power application.

What is it for?

RaiBlocks is set to solve the issues that Bitcoin has been struggling with: High computational latency (164 min per transaction), High transaction fees, Scalability and the avg. energy consumption (260KWh per transaction) for each bitcoin transaction with proof of work consensus mechanism.

What’s so special about it?

1.Unique Technology enabling faster payments: Like IOTA, it uses DAG (directed acyclic graph) algorithm, but instead of using tangle it uses its technology called BlockLattice. Each account has its own blockchain called as Account chain and each “block” contains only one transaction. Let’s say if A wants to send XRB to B, then 2 transactions will happen in this case: ‘Send’ transaction which will deduct the balance from A’s account and ‘Receive’ transaction which will add the balance to B’s account. 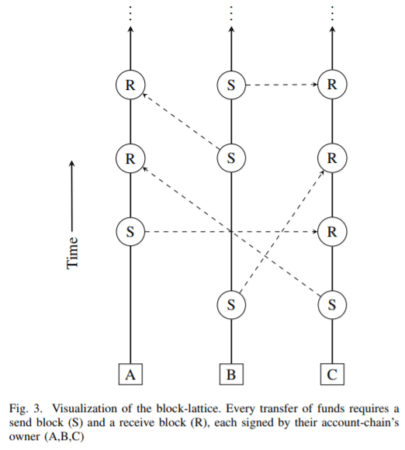 1.Faster transactions: Miners are not required as each owner can add transactions to their own account chain.

2.Scalability: Under this system, RaiBlocks keeps a record of an account’s balance on its ledger, not a full history of all transactions like traditional distributed ledgers.

2. Promise to become a coin for micro-payments: Currently, it’s available in smaller exchanges and is expected to be picked up by larger exchanges soon. Hence, there is an optimism around this currency among investors. There is a wallet launch planned on January 1, promising a faster network.

What is it for?

Formerly known as AntShares (ANS), NEO is the Ethereum of China. Neo is set to become a platform for smart economy. It facilitates the storage and exchange of digital assets.

What’s special about it?
1.Community support: Support from the community of ‘City of Zion’. This is an open source group of developers, designers who work towards the improvement of product

2.Leveraging the Partnerships and support: NEO has a sister company OnChain which is a big name in the financial services industry. The company aims to make onchain as the universal blockchain framework and has been partnering with the enterprises like Alibaba and government of China and Japan.

Monero differentiates itself from other cryptos by obfuscating the transaction details like sender, recipient address and amounts sent making it more secure, private and untraceable.

What’s special about it ?

1.Anonymity and privacy are the best feature of Monero. It uses enables complete a special technique called ‘ring signatures.’

Breaking down transaction units: The transactions done are divided into sub-parts. Meaning if I want to send $50 to someone, it will be sent in the amounts of $25, $15 and $10 making it difficult to trace.

2. However, the same privacy aspect has been a concern for government due to its wide spread adoption by criminals. Efforts are being taken to conduct the criminal-free anonymous transaction in the year of 2018.

Other cryptocurrencies to watch

Request Network (REQ): Through REQ platform a person can request for payment to anyone, anywhere in a secure way without involving third party payments like say Paypal. It’s built on ethereum and can be used for online payments, real-time audit and accounting or to create and share invoices on the immutable ledger. Due to it’s backing by YCombinator, it gained a lot of market awareness.

If you want to understand and know more about Blockchain, here’s a list
Part 1: What is blockchain?
Part 2: Blockchain- Applications and use cases
Part 3: Top 8 cryptocurrencies to watch in 2018
Part 4: Everything you need to know about ‘Ethereum’
Part 5: What are Smart Contracts?
Part 7: Investment landscape
Part 8: Future ahead