Classification is an important aspect in supervised machine learning application. Out of the many classification algorithms available in one’s bucket, logistic regression is useful to conduct regression analysis when the target variable (dependent variable) is dichotomous (binary). For example, given a set of features (domain, age, sex, ip, browser, campaign_id, ad_id etc.), the job of a logistic classifier could be to predict if a given user would click on an advertiment or not.

The objective of this article is to understand how a logistic classifier is able to make such predictions. We would be using gradient descent optimization technique to solve this particular problem. 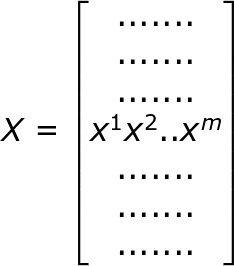 To solve the problem using logistic regression we take two parameters w, which is n dimensional vector and b which is a real number.

The logistic regression model to solve this is :

When implementing logistic regression, our job is to learn parameters w and b so that ŷ is approximately equal to the test target . To learn the parameters w and b, we need to define a cost function which we would use to train the logistic regression model. A cost function is an estimator of how good or bad our model is in predicting the known output in general. But before that let us understand what a loss (error) function is. Simply putting it in a mathematical form, what we really want is:

Loss Function could be defined as

The important thing to note here is that loss function defines how well we are predicting in a single training example. To understand that, we define a cost function. The cost function is defined as: 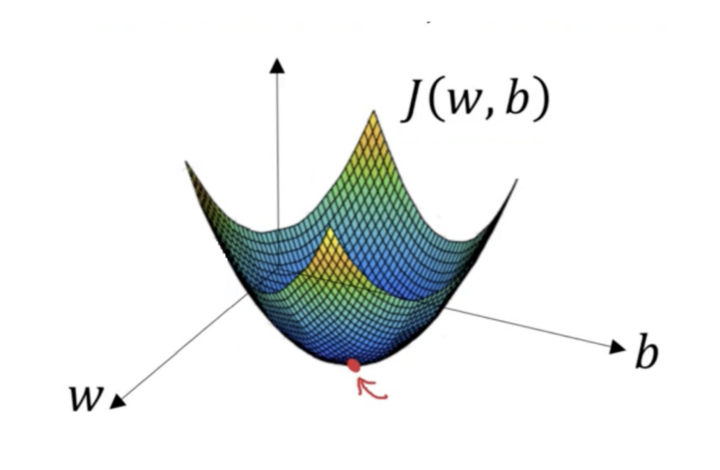 In real examples, w can be a much higher dimension. J(w,b) becomes a surface as shown above for various values of w and b. What we really want is to find w and b where the value of cost function is minimum (shown by the red arrow).

In the upcoming article (Part -2), we would go further to understand how gradient descent actually works and understand the mathematics to solve w and b.